Is Bitcoin A Good Investment?

Should You Invest In Bitcoin?

DISCLAIMER: I’m not a financial advisor and this is not financial advice. Investing involves the risk of loss. You agree that you alone bear all the risk of any financial or investment decision that you choose to make. All content is for informational purposes only. 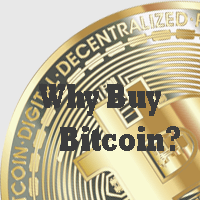 That depends on your motivation. Bitcoin investing is becoming increasingly popular. A bitcoin investment isn’t the same as buying a stock or bond. It’s a decentralized digital money that anyone can transmit to anyone else electronically anywhere in the world.

Buying big coins with mainstream cryptocurrency apps is getting easier than ever. As a result, it’s no surprise that bitcoin began a second climb in 2020 and has since increased in worth.
When investing money, keep in mind your long-term objectives and plans. It’s critical to understand the risks and benefits of this digital currency. Bitcoin could be a worthwhile investment if you want to extend and grow your assets and can afford the risk that comes with cryptocurrencies.
Any serious investor would be unwise if they completely ignored the flagship cryptocurrency. Is it, however, a worthwhile choice? It depends on why you’re investing. 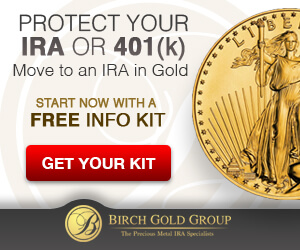 Is Bitcoin Worth Buying Now?

The bitcoin price has been steadily increasing since its inception in 2009. The price has risen from less than $0.01 at the time of its introduction to the current level. It changes all the time, but for the purpose of discussion, let’s suppose it’s around $40,000.
A $50 investment in 2009 would have netted you $100 Million at bitcoin’s peak in 2017.
People who bought at the ‘peak’ of $200 in 2011 and the ‘peak’ of $1400 in 2013 would still be well in profit if they didn’t panic sell.
The price of Bitcoin reached a record high of over $44,000 in January 2021, giving it a market value of over $800 billion, after Tesla announced in an SEC filing that it had purchased $1.5 billion worth of Bitcoin.
If you listen to bitcoin bulls, it’s just the beginning.
“It’s probably going to $100,000, then $150,000, then $200,000,” Chamath Palihapitiya, founder and CEO of Social Capital stated. “In what period? I don’t know. [Maybe] five or 10 years, but it’s going there.”
If you own a home and the value of your home drops, you do not panic and sell your home. You understand that the price will almost certainly have increased in 10-20 years. The same is true for bitcoin.
So, should you invest in bitcoin? If you plan on long-term investment or to build a legacy for your kids and grandkids, then yes, why not?

Bitcoin is a new asset class.
This is what Chris Burniske, blockchain analyst at ARK Investment Management and co-author of the paper, “Bitcoin: Ringing the Bell for a New Asset Class” says:
“If an investor who holds bonds and equities swapped a percentage of their prior holdings into Bitcoin, because of Bitcoin’s low correlation and superior absolute performance, they could have decreased the volatility of the portfolio while simultaneously increasing absolute returns.”
Diversification is another reason why you should invest in bitcoin. Placing a portion of your portfolio into bitcoin, either directly or through a Bitcoin IRA, provides an additional level of diversity to your investment portfolio.

#3 Bitcoin Is And Will Remain Scarce

One of the main reasons bitcoin has risen in value so dramatically is its scarcity.
There will only ever be 21 million bitcoins. That is fact, and it cannot be changed.
If all the bitcoin supply in existence were to be distributed evenly across the people of the earth, then there would only be 0.0023 BTC for each person. If you own more than 0.0023, you will own more than most people will be able to own.
Gold has a $6 Trillion market cap. If bitcoin reaches the same total valuation as gold ($6 Trillion) — that would put the bitcoin price at approximately $340,000 per coin.
Perhaps that sounds too good to be true — but remember that bitcoin used to be worth $1.

Although new coins are mined and added to the circulating supply regularly, bitcoin will never cross over its 21 million coin supply cap.
The rule is public, everyone can check that rule, and no one can change it.
How does this rule compare to all world governments who print more money every day? The U.S. does it. They call it Quantitative Easing. That’s just government talk for ‘we’re printing more money because we think we should.’ With bitcoin there is no way to make more.
If you don’t like your investments being manipulated by governments and if you like verifying it yourself through a public ledger, then yes, you should buy bitcoin.

America is supposed to be the land of free speech. It’s in the Bill of Rights.
Many countries, such as China, don’t offer such protection.
Ever heard of capital controls? They are a way of censoring people through finances.
Decentralization guarantees that bitcoin cannot be censored.
Even when China banned cryptocurrency exchanges and mining farms in 2017 — the network remained very much alive.
Isn’t it worthwhile to hold a store of value that no one can take away from you?

Transparency means less government “big brother” control and oversight.
Decentralization means big banks and governments are unable to censor or confiscate your money.
Immutability means no “fudging the books” or shady business since transactions can’t be changed
The early adopters of bitcoin were not drug dealers or money launderers. They were visionaries and philosophers. They wanted financial liberty.
The inventor of Bitcoin, Satoshi Nakamoto, created it for a philosophical cause. Inside the data for the first block in the Bitcoin blockchain he spoke of bank bailouts.
With its transparent and decentralized blockchain, Bitcoin is working to provide financial liberty.

International payments can be surprisingly expensive. Fees can range from 3.5% to above 10% — and take days to process. Here are some examples: Bank of America $35, Wells Fargo $45, Chase $40
Bitcoin also has fees. The fees vary and can go quite high as the value of bitcoin rises or the Bitcoin blockchain experiences heavy use. However, Bitcoin often offers lower fees than many foreign transfer institutions, perhaps in the $3 to $4 range. Other cryptocurrencies offer even lower transfer fees.
Bitcoin is an excellent investment if you feel banks offer slow and obsolete money transfer services. People who need to make international transfers but don’t want to pay exorbitant fees or wait a long time should consider purchasing Bitcoin.

James Ledbetter, editor of fintech newsletter FIN and CNBC contributor says “Those publicly known investments of big companies exist in the real world,” he says. “You can point to them and say, ‘bitcoin is getting more valuable right now.’”
Indeed, bitcoin has gained recent support from bigger investors, like Paul Tudor Jones and Stanley Druckenmiller. Additional support comes from notable financial companies, like PayPal and Fidelity. Square and MicroStrategy have used their balance sheets to buy bitcoin.

“You have to at least be mentally prepared and financially prepared that [a crash] could happen again. It could happen tomorrow,” Ledbetter says.
Bitcoin “is a highly volatile, highly risky investment” according to Ledbetter “If you look historically at the price of bitcoin, there have been a number of occasions where it’s really spiked and then comes crashing down really quickly.”
Anthony Pompliano, co-founder of cryptocurrency hedge fund Morgan Creek Digital Assets and a bitcoin investor supports holding bitcoin long-term. By design, there is a limited supply of bitcoin, so Pompliano believes as demand increases, the price will as well.
Ledbetter concurs. Those who advocate for bitcoin often compare it to gold, claiming that it is a hedge against inflation and the US currency, and that it will withstand any economic or infrastructure collapse.
“If you think of the structure of every single currency in the world, they’re inflationary and they are controlled by governments,” Pompliano says. “And those governments have very small groups of people who make the decisions as to what happens to that currency.”
Bitcoin is the “greatest protector of purchasing power,” according to Pompliano, because its quantity is restricted and it is regulated by computer code.
Indeed, like gold, “there’s no question that bitcoin can be a hedge against inflation, depending on the time frame of when you buy and whether it’s held or sold,” Ledbetter says.